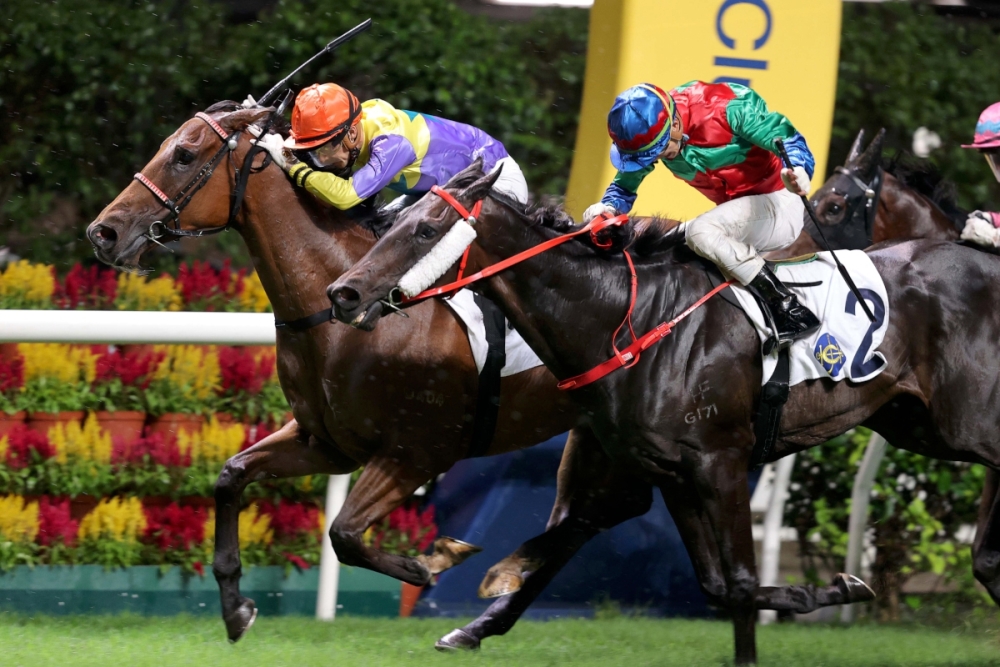 Winless in 2020/21, Soulmate (確認眼神) has strung together four wins this term – two at Happy Valley and two at Sha Tin – to rise from 61 in the handicap at the start of the season to the cusp of a triple-figure mark after triumphing as a 91-rater by a short head over BMW Hong Kong Derby (2000m) third place-getter Money Catcher (發財先鋒).

Imported from New Zealand where he was unbeaten in two starts when named Not Ideal and trained by Tony Pike, Soulmate (確認眼神) was placed twice in his first eight Hong Kong appearances but he has blossomed this campaign.

Yiu, champion trainer in 2019/20, has long held a favourable opinion of the Nicconi gelding and his faith has been amply rewarded this term.

“He’s an easy horse to ride and he’s ever so honest. Once he gets to the front he never stops. He’s a lovely horse to train,” Yiu said. “I’ll pack him up for the season now. He’s done a great job this season and he needs a bit longer break to get him ready for next season. He seems to enjoy the small track with the tight bends, it won’t be easy to find a race for him at the Valley next season but I’ll try.”

Taken to the front on a yielding track by Hewitson in steady rain, Soulmate (確認眼神) (125lb) was rated to perfection by the South African before defying Money Catcher (發財先鋒)(126lb) in trying conditions. Gorytus (幸福至上)(118lb) was a neck away in third place.

Hewitson, who has 20 wins for the season, said: “He’s a horse who leads a mile pretty comfortably, so that was always Plan A to lead. I didn’t get the best break but I could see straight away that speed was in the first half furlong wasn’t extremely quick, so I was able to punch up forward and once I got there, I was able to rate it nicely and allow him go through the gears.

“What I was really impressed with was this horse didn’t give up and was really tough to the line.” 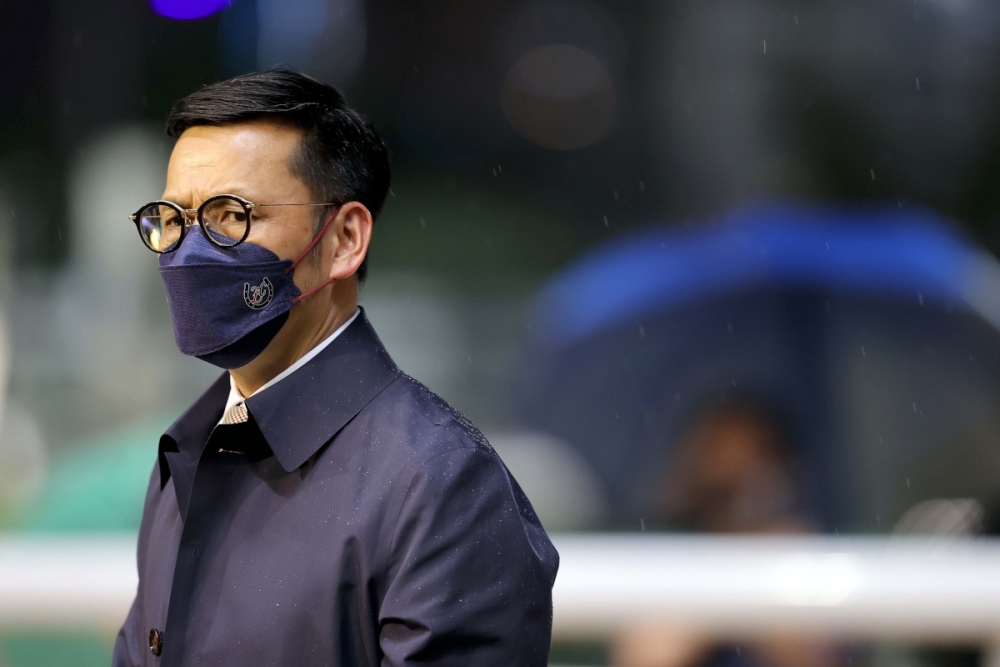 Frankie Lor will carry a slender 81-78 lead into the final 10 meetings of the season after taking training honours at the meeting with a double.

The stalemate in the battle for the jockeys’ championship continued after both Moreira and Purton notched doubles, leaving Moreira with the upper hand – 125-120.

Vincent Ho maintained hopes of snaring a fourth consecutive Tony Cruz Award as the best home-grown jockey when he drove You’remyeverything (讓愛高飛) through a tight gap to win the first section of the Class 3 Calla Lily Handicap (1200m) for Cruz.

Former Irish stayer Rise Brethren (同舟共濟) was the beneficiary of a smart Purton ride, saving ground and forging along the fence to win the Class 3 Camellia Handicap (2200m) for Danny Shum.

“Great ride, Zac saved all the ground. He’s won two races this season, so we will send him for a break now and have him gelded. He’s done a good job,” Shum said.

A measured ride by Luke Ferraris was pivotal to Richard Gibson-trained Stoicism’s (勇趣) success in the first section of the Class 4 Dandelion Handicap (1200m) when, after jumping from barrier one, the Dandy Man gelding prevailed at his 17th Hong Kong start under a facile steer.

“The blinkers look like they’ve done the trick,” Ferraris said. “He came out of the barriers well, there was a bit more speed than I anticipated, he found himself in a lovely spot on the corner and peeled off heels and really dug deep.

Sun Of Makfi (日就月將) revelled in the going to trounce rivals in the Class 4 Geranium Handicap (1650m) for David Hall and Moreira, prompting Hall to hope for a repeat of the weather over the next few weeks.

“With his pedigree, being by Makfi, he really handled the conditions well tonight,” Hall said. “He’s fit and well, so hopefully he can find another race with similar conditions.”

Ruan Maia’s reunion with Francis Lui’s Cordyceps One (蟲草之凰) ended in victory when the Hinchinbrook gelding came from last at the top of the straight to land the Class 5 Lavender Handicap (1650m).

“I’m very glad because I know this has ability because I rode him in Class 4 and we finished third – today was Class 5 and even though I was a bit scared of the track, we stayed quiet and he had a good finish,” the Brazilian said.

“Coming into the home straight, I lost my whip so I had to encourage with my hand so I was lucky to get the win.”

“He handled the ground and gave me a good feel coming off the corner and he really rallied when the other horse came to his outside,” Currie said.