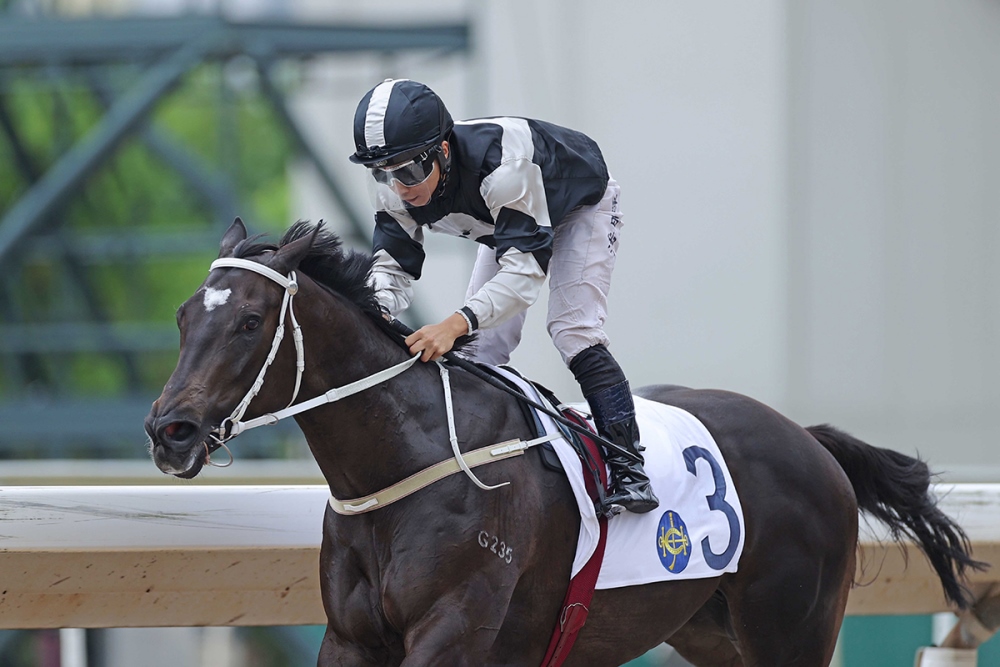 On a day when all 11 winners were prepared by local trainers, Campione (時時滿意) (126lb) – who was imported from Italy after an unbeaten three-start career as Windstormblack – upstaged older opposition to post his third win from five starts, taking his earnings to HK$4.752 million for trainer Tony Cruz and owners.

Sent to the front by Matthew Poon, the three-year-old fended off Silver Fig (銀紙) (131lb) and Ka Ying Master (嘉應精英)(127lb) to post his second victory on the All Weather Track, having also previously succeeded on Sha Tin’s 1200m turf course.

“He’s a nice horse with good potential,” Cruz said. “I might give him one more start for the season after consultation with the owner. He was the youngest horse in the field today and he won well.”

Rated 92 pre-race after arriving on a mark of 78, Campione (時時滿意) triggered the High Achievement Bonus windfall by winning in Class 2 when rated 80 or higher before reaching five years of age. He remains eligible for another HK$1.5 million bonus if he subsequently wins a Class 1 race or above – outside of the Four-Year-Old Classic Series – when rated 100 or higher.

Campione (時時滿意) makes all for Poon and Cruz.

Frankie Lor struck an important blow in his tussle with John Size for the Hong Kong trainers’ championship by slotting a double to boost his buffer over the 11-time champion horseman to five – 83-78 – with nine meetings left.

“I’ve been a bit lucky today but, as we know, my old boss (Size) can easily have two or three winners every meeting,” Lor said after Keefy defied barrier 14 to land the Class 3 Needle Hill Handicap (1400m) under Joao Moreira.

“I just try to do my best and train winners for my owners.”

Lor snared the first leg of his brace when All For St Paul’s (保羅承傳) edged out Size’s Bourbonaire to clinch the Class 2 Mount Cameron Handicap (1600m) to share training honours for the day with Benno Yung and Ricky Yiu.

“Someone told me that Alexis and I hadn’t had a win together, can you believe that?” the 2019/20 champion trainer said. “We’ve just had thirds and seconds but today is good. This is a nice horse.

“I bought him myself because I liked his pedigree and he had a little setback in the middle of the season, but I think now he will be a nice horse.” 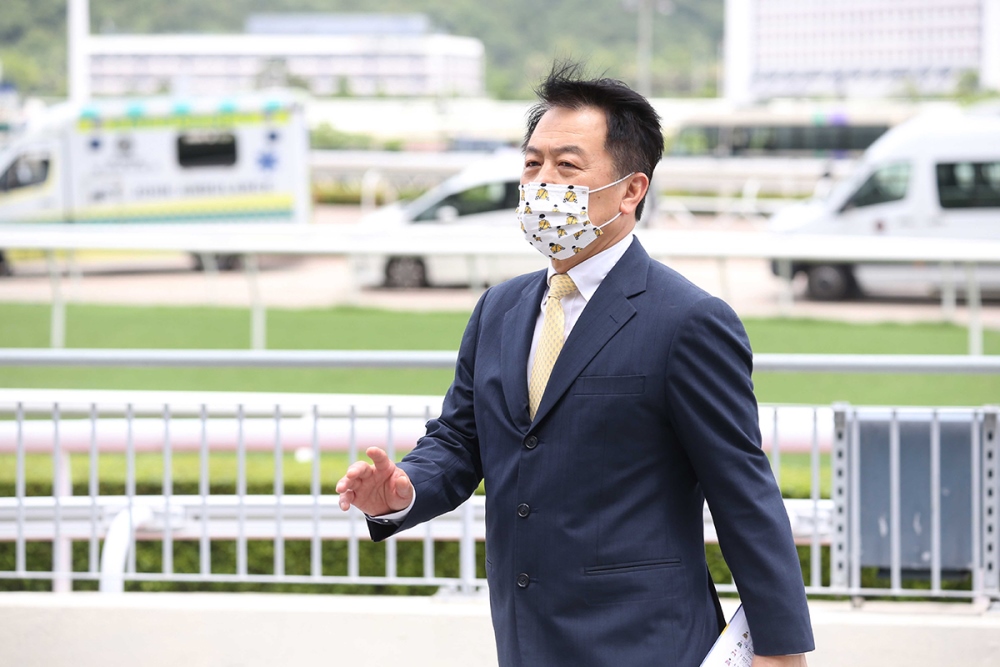 Ricky Yiu is bearing down on 50 wins for the season.

Yiu registed his 46th win of the campaign when All Riches (大勢至富) snared the first section of the Class 4 Sheung Yeung Shan Handicap (1400m) under Derek Leung.

Yung is optimistic Leather Vanguard (皮具先鋒) can progress through the grades after the Hong Kong International Sale graduate benefited from a clinical Zac Purton ride to snare the second section of the Class 4 Sheung Yeung Shan Handicap (1400m).

“He did a good job because he’s still immature and he needs time to build himself up,” Yung said after: “He’s still a bit slim, so it’s time for him to strengthen up but today he had a decent draw (two) and a decent jockey and he did a good job and I think he will be better when he matures.”

Yung closed the afternoon with Excellent Daddy’s (逆市奇爸) success in the Class 3 Mount Nicholson Handicap (1200m) for Leung who, along with Dylan Mo and Jerry Chau, enjoyed a double.

Peter Ho was not surprised when Dashing Triumph (吉吉利高) defied market expectations to win the Tung Wan Shan Plate (1000m) for Griffins under Mo despite the El Roca gelding starting at 27/1 on the basis of a modest trial last month.

“This (winning) was what I was expecting because before the race I spoke with the owner and said ‘This is a nice horse, he does everything alright, no headaches for the trainer and he’s always willing to try’,” Ho said.

“I’m very grateful for the support of owners,” Mo said. “It’s great to get a double, very satisfying.”

Jerry Chau’s pre-race confidence over the chances of Star Of Glory in the Class 5 Shouson Hill Handicap (1600m) was justified when the Holy Roman Emperor gelding broke through at his 16th Hong Kong start, having won three times previously in Australia as Holy Sunday for John Sargent.

“I’ve been trialling him and he has improved and felt sharper every time. I was confident he could run a good race and he did. The pace today was slow and he was able to have a breathe on the turn and then he picked up very strongly,” Chau said.

“He’s a special horse for me, he always tries his best for me,” Chau said of the Star Witness gelding. “The horse just loves this track and he did a great job again. I’m absolutely excited because he’s got a fighting heart, so big thanks to the owner and Mr So.”