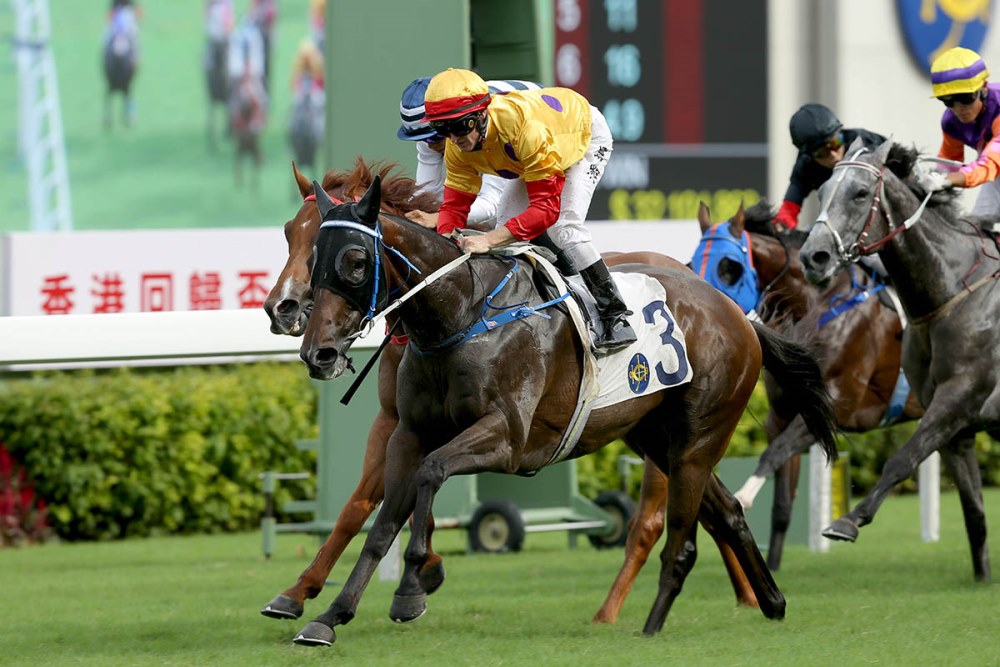 Columbus County (時時有餘) is a two-time winner in Hong Kong.

A two-time winner in Hong Kong, the Redwood gelding finished a close-up fourth in this race last year, closing hard as favourite under Joao Moreira to miss by just under two lengths.

“He’s quite a consistent horse and I think he’s got one more nice race left in him for this season,” Fownes said. “He’s run well over shorter trips, he ran well first-up over the mile this season – beaten by just under a length.”

Columbus County (時時有餘) has been competitive at Group 1 level with two placings at the top-level in the past, although, this weekend he’s after a first win since October, 2020.

“He’s going good, obviously dropping back in distance is not ideal but I’ve kept him as fresh as I could and he’s also getting a half decent weight which gives him his chance.

“Hopefully the speed is on and if a genuine tempo is set, then it’ll play into our hands over the last 200 metres,” Fownes said.

Columbus County (時時有餘) closes for fourth in the 2021 Premier Plate.

Vincent Ho is engaged to ride Columbus County (時時有餘) after partnering the 108-rater in a dirt trial at Sha Tin last Friday (10 June), crossing the line at the rear of the field in 1m 12.29s.

“He’s won (HK$) 13 million in stakes money, he’s been an honest horse for the stable and he deserves a win. He gets close in some nice races but like anything we want to get a winning photo with the owner,” Fownes said.

“He’s a great 2400 metre horse, I’m still thinking about sticking a pair of blinkers on him or not for this race. I’ll think that over and make a decision but he’s honest, genuine and is certainly paying his way,” Fownes said.

Fownes joined an elite group this season by becoming only the fourth trainer in Hong Kong racing history to notch 1,000 wins in the city.