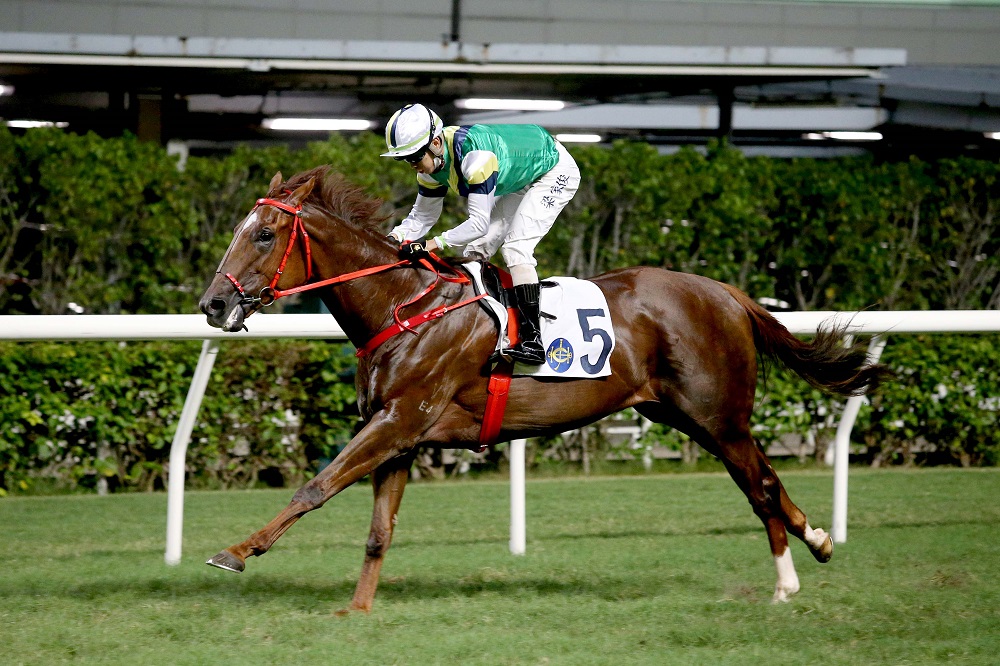 My Ecstatic (合約精神) edges Frankie Lor towards the title.

Clasping an imposing lead over John Size in the Hong Kong trainers’ championship, Frankie Lor refuses to believe the battle with his former mentor is over despite edging to a seven-win buffer after My Ecstatic’s (合約精神) authoritative victory at Happy Valley on Tuesday night (28 June).

Attempting to land the championship for the first time, Lor holds an 87-80 buffer over 11-time champion Size with only five meetings left before the end of the season.

“We still have five meetings left and I will keep on trying to win as many races as I can,” said Lor, whose current margin equals the largest gap he has held over Size this term. “My old boss (Size) will not give up. He is a top trainer, so I must keep trying.”

In a rich vein of form, Leung has 44 wins for the season – to trail only Matthew Chadwick (49) and Vincent Ho (46), both of whom rode winners on the card.

In something of a rarity, neither Zac Purton nor Joao Moreira rode a winner on the card to leave Purton nursing a 129-127 margin, while Karis Teetan took riding honours with a double as eight different trainers shared the spoils on the night.

Douglas Whyte and Lyle Hewitson combined for their 17th victory in tandem this season with Equaletta Blitz’s (宜春輝煌) emphatic win in the Class 3 Cleverly Handicap (1000m) to close the gelding’s campaign in style.

“This horse has just come to hand the last six weeks, he’s really changed. He’s enjoying what he’s doing and Lyle has really got a good partnership with him,” Whyte said after the Equiano five-year-old clocked 56.68s for the journey.

“I didn’t think he would be where he was, but he clearly jumped positive (from barrier 10) and he was able to sit in a prominent position and (it was) clearly the winning move. When a jockey is riding with confidence, they can do those sort of things.

“I’m very happy to have a winner tonight. This horse is done now (for the season). He’s had two wins in a row, he’s going to have a good break and hopefully come back next season in the same sort of form.”

Cordyceps One (蟲草之凰) will also be spelled in preparation for next season after the four-year-old’s victory in the first section of the Class 4 Hollywood Handicap (1650m) for Francis Lui and Ruan Maia.

“He’s a late-maturing horse and he’s taken time,” Lui said. “I think he can continue to improve, but I’ll put him away for next season now.”

Caspar Fownes and Alexis Badel successfully combined with Kokushi Musou (國士無雙) to land the second section of the Class 4 Rumsey Handicap (1200m), the Bullbars gelding’s second success at the course and distance this season as Me Tsui posted his stable’s 18th win of the campaign with Dragon Kingdom’s (皇龍帝國) tenacious performance for Karis Teetan in the first section of the Class 4 Rumsey Handicap (1200m).

“He’s a very honest horse and he’s been racing well this season,” Tsui said. “I plan to run him again this season at this stage.” 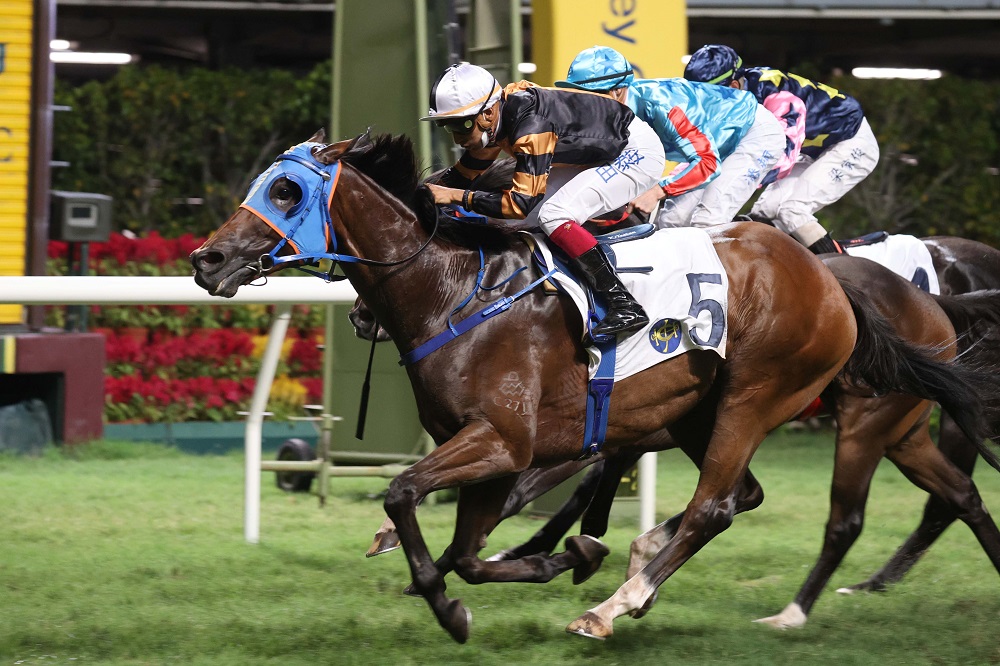 The Mauritian Magician bags a pair.

Boosting his season’s tally to 72 victories, Teetan sealed a brace aboard Jimmy Ting’s Baby (大師級) in the second section of the Class 4 Hollywood Handicap (1650m).

“It’s nice to have a double, it’s been a long season and towards the end almost now with only a few meetings left,” the Mauritian said. “A double gives you a little extra kick to finish the season off.

“Without the support of the owners and trainers, it’s not easy. I have to thank them a lot and hope it will continue.”

Chris So’s patience with Owners’ Star (馬主星輝) was rewarded with victory in the Class 5 Wing Lok Handicap (1800m) under Matthew Chadwick. The Farhh gelding had not been in the winners’ circle since October, 2019 – also after triumphing over the city circuit’s 1800m course.

So indicated there were no firm plans for the seven-year-old as Chadwick briefly extended his lead to four wins in the Tony Cruz Award Ho, who rode second place-getter Grand Power (有力).

Ho subsequently struck back when You’remyeverything (讓愛高飛) claimed the Class 3 Hillier Handicap (1200m) for Tony Cruz who said: “He goes to Class 2 now and I think that’s his level. He’s done a good job.”

Formerly known as Biggus during an unbeaten, two-start Australian career, the son of Holy Roman Emperor has won three of seven attempts in Hong Kong.