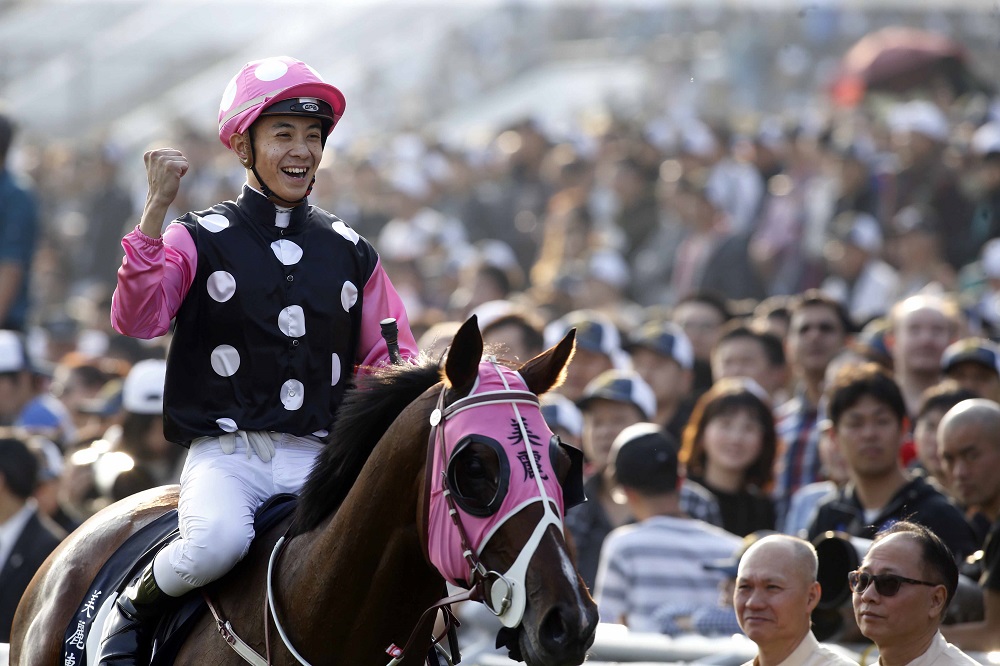 Currently annexing his best season to date, Derek Leung is plotting even loftier targets next term as he looks to achieve his first 50-win campaign in Hong Kong at either Happy Valley’s final fixture on Wednesday night (13 July) or at the Sha Tin season finale this Saturday (16 July).

“I’m lucky, I hope I can get over 50 winners – I will try my best over these last two meetings and no matter what, this season has been a very good season for me.

“I hope next season I can keep it up and break my own record again, if I have support like I have these last couple of months then I’m sure next season will be even better,” Leung said.

Three wins off the half-century mark, Leung’s 47 this term have smashed last season’s previous best of 39 for a campaign and Sunday’s (10 July) treble has the 33-year-old feeling good as he plots the near-impossible mission of catching Matthew Chadwick as this season’s leading homegrown rider in the race for the Tony Cruz Award.

“I returned from suspension and I had a few quality rides in my hand, I was pretty surprised I rode three winners but I will try my best to ride a few more,” Leung said.

Leung starred at Sha Tin last weekend as the jockeys’ championship race between Zac Purton and Joao Moreira ended in stalemate as Purton holds a two-win lead over his great title rival (132-130) as the final fixtures loom large.

“It’s been a very good season, I’ve broken my own record and I hope I can keep going up and get a few more,” Leung said. 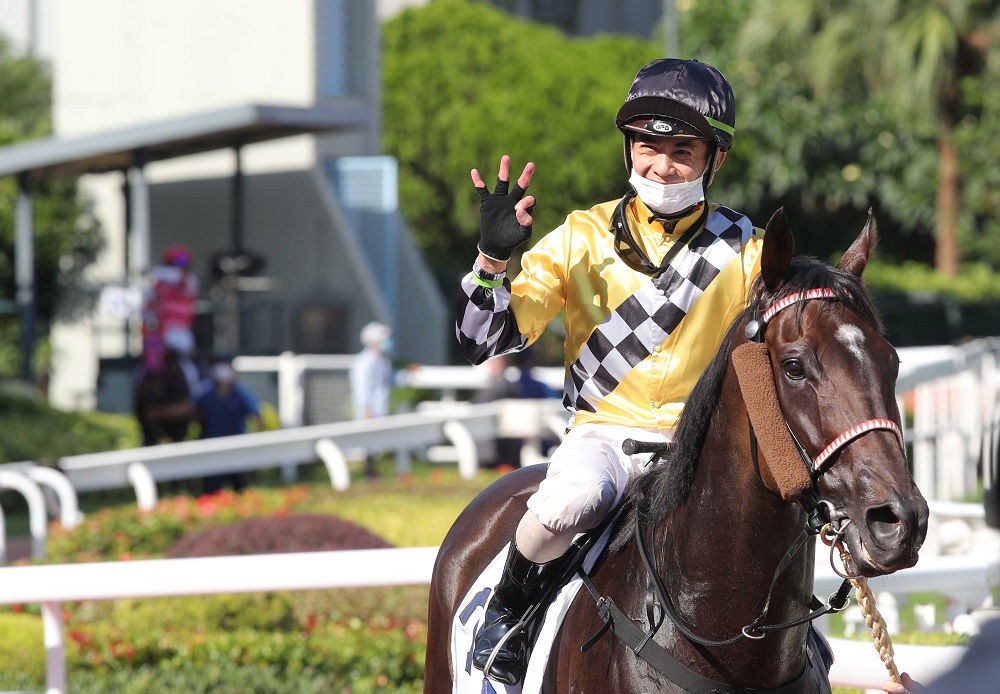 At Happy Valley tomorrow, Leung teams with Me Tsui on three occasions and twice in Class 4 as he looks to give the handler an all-important victory in Class 4 level or above to avoid Tsui receiving a strike for failing to reach the trainer’s performance benchmarks.

Leung won aboard Sergeant Pepper (胡椒軍曹) for Tsui in June and gets back aboard the 59-rater in the Class 4 Broadwood Handicap (1000m) with top-weight allotted.

“The horse is in Class 4 and he’s always positive, so he’s straightforward and he always has a chance there (at Happy Valley),” Leung said.

Sergeant Pepper (胡椒軍曹) – a four-year-old gelding from Australia – was previously with Bjorn Baker in Sydney where he was a two-time winner Down Under. Having drawn gate eight, Leung still expects to be positive aboard the bay son of I Am Invincible.

“Hopefully it’ll be easy to find the front and I’m sure that he’ll run well,” Leung said.

Last start, the gelding went down by a head over tomorrow night’s course and distance.

“Maybe (135lb being a concern), If he can sit in front with a soft lead then I’m sure he’ll be there,” Leung said.

Sergeant Pepper (胡椒軍曹) gets on the board in Hong Kong.

Later on, Leung gets the leg-up on the in-form Prime Minister for the HK$2.4 million Class 2 Wong Nai Chung Handicap (1650m) after he was narrowly touched off by Packing Award (包裝大獎) last start.

“The horse has been in good form, he’s more mature because before he was always keen and he pulled but now, this season, he is more relaxed in the race and that’s how he can finish (off the race),” Leung said.

Prime Minister (總理) struggled for early form but has hit his straps with two wins this campaign for trainer Ricky Yiu – who on Sunday – surged past 50 winners this term.

“His last run was huge, I think the winner is pretty good, this time again it will be tough but I am sure he will run well,” Leung said. “The outside draw is a little bit against him but we always ride him quietly, so I just hope there’s a fast pace which is better for him.”

Leung partnered Telecom Fighters (電訊巴打) to finish third last start, however, this time he comes up against the five-year-old who steps out under Karis Teetan in tomorrow night’s Class 2 feature.

“I’ve done well on him before, of course, I haven’t ridden him for quite a while but it’s nice to get back aboard him,” Teetan said.

Teetan remains the only jockey – along with Joao Moreira – to have won aboard Telecom Fighters (電訊巴打) (135lb) in the past. He trialled the 94-rater earlier this month on the dirt.

“It was a nice trial, he seems to be going nicely, so I was pretty happy with the trial and I think he’s ready for the race,” the Mauritian said.

Paul O’Sullivan will call time on his training career in Hong Kong after this Saturday’s 88th and final fixture for the season and Leung is looking to give his former master a precious farewell winner aboard August Moon (月球) in the second section of the Class 4 Sung Tak Handicap (1200m).

“I’ve been following him since 2004 and I went overseas with the stable, we have a very good relationship and it is sad to see him leave but I hope he enjoys his retirement,” Leung said.

August Moon (月球) is a three-time winner this campaign – once with Leung just two starts ago after he was withdrawn from his most recent engagement at the beginning of last month.

“He was scratched with a high temperature, it’s not a big issue but he had a short period off and he had a trial to bring his fitness back but everything seems ok, the draw should help and he’s quite straightforward but you can’t drive him too much,” Leung said.

Frankie Lor nurses a six-win lead over John Size (90-84) in the trainers’ championship, while both handlers have seven runners engaged at the midweek card with Lor chasing a first title and Size a record-setting 12th in Hong Kong.