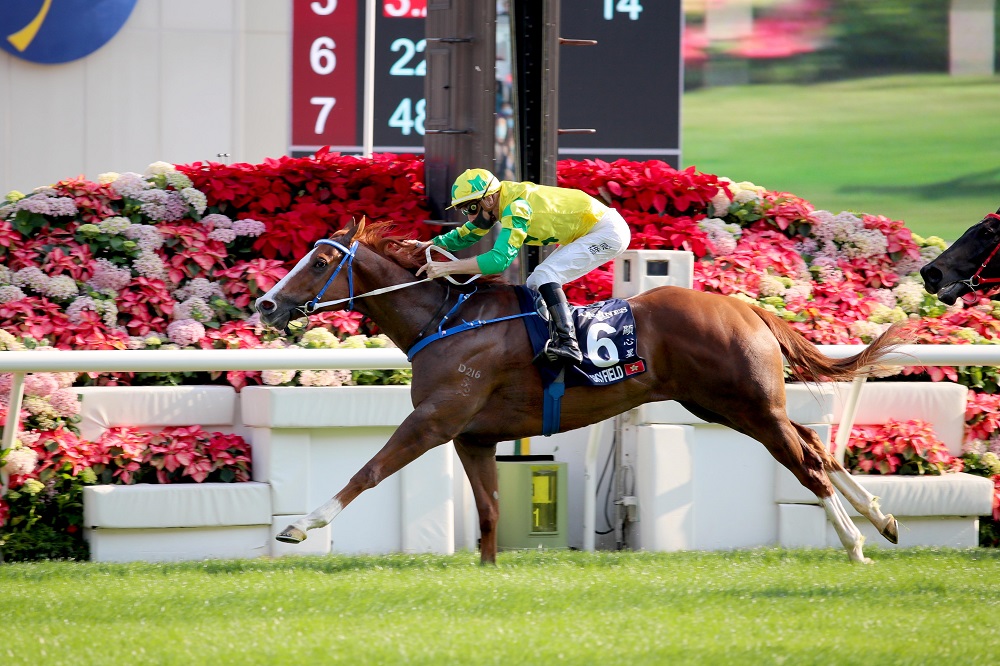 Sky Field is a six-time winner in Hong Kong.

Sky Field faces a weighty task in Sunday’s (11 September) Class 1 HKSAR Chief Executive’s Cup Handicap (1200m) at Sha Tin when he makes his return at the first of 88 fixtures for the new season.

Trained by Caspar Fownes, the classy chestnut has been allotted 135lb against nine opponents in the HK$3.465 million feature with six of these handed 117lb or less. Only Lucky Patch (132lb), Super Wealthy (129lb) and Duke Wai (124lb) sit above that figure.

However, this challenge has left jockey Karis Teetan nothing short of excited as he prepares to partner the 2021 G1 LONGINES Hong Kong Sprint (1200m) winner for the first time on race day.

“You do have to respect young horses with a light weight but when I sat on him (Sky Field) last time – he gave me a lot of confidence and he gives you a good feel when you ride him, so I’m not too worried about the weight. I know it’s a question mark but I’m just looking forward to riding him now,” Teetan said.

Of Sky Field’s rivals at the bottom end of the scale, Keep You Warm, Trillion Win and Lucky Sweynesse have been assigned 113lb, with the latter returning from a strong maiden campaign in Hong Kong last season with five wins, an added 46 rating points and the accolade as 2021/22 Hong Kong Champion Griffin.

“At the end of the day he (Sky Field) is the best horse in the race, right? This is why he has the rating he has. He’s going to have to give a few young horses a bit of weight – who are coming up and in form – like Lucky Sweynesse, who has 113lb on his back.

“Yes, that will make a big difference but Sky Field felt really good in his trial and we’ll ride him how Caspar wants to get the best out of him,” Teetan said.

Since the HKSAR Chief Executive’s Cup’s inception in 1997, eight winners have carried 115lb or less, while a further seven have carried between 116lb and 119lb (both figures inclusive). Of the winners at or above 120lb, there have been 10 across the 25 editions of the race with only two of these carrying 130lb or higher.

As for trainer Caspar Fownes, he has won three editions, notably with Lucky Nine (2010) and The Duke (2004), while Teetan won last year’s aboard Naboo Attack.

“I mentioned it to Caspar, to see who was going to ride him (Sky Field) but he offered it to me last week before he trialled and it’s a good opportunity to a ride a horse like him.

“He’s run against better company than what he’s taking on now and he’s got plenty of quality and plenty of class, he’s trialled good and Caspar thinks the horse is ready for his first run and I also think the same,” Teetan said.

Sky Field has been to Conghua for a short stint between seasons and in last week’s barrier trial on Friday (2 September), the six-year-old caught the eye with a powerful first-past-the-post effort over 1200m on dirt in 1m 10.19s. 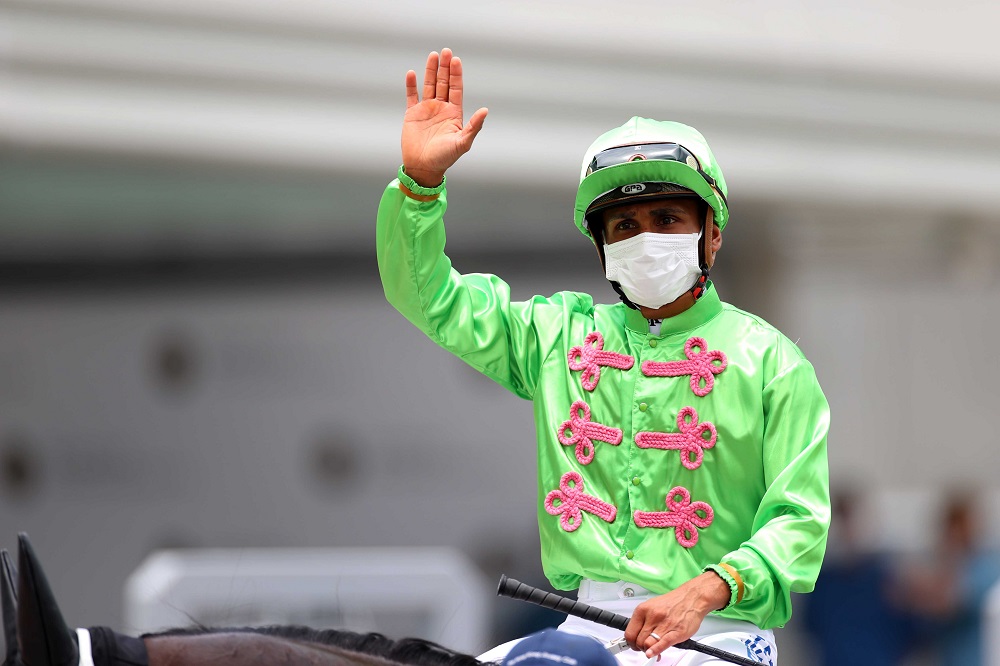 Teetan is eager to start the new season.

Following the summer break abroad with family, Teetan feels as though he’s rejuvenated and ready to go.

“I think we all needed this summer break – everybody – and it’s been very good for us. For myself, I am ready to go now.

“I was saying to someone earlier, the day we got on the plane was such a nice relief but we’ve had our break, we’re fresh and we’re ready to go. I’m looking forward to taking on the new season,” Teetan said.

The new campaign will pose a number of added pressures to Teetan and his fellow riders, including the arrival of Silvestre de Sousa, while Angus Chung – who has been apprenticed to Tony Cruz – may nick of number of rides that Teetan could otherwise partner for Cruz.

The Mauritian, however, is eager for the challenge and remains adamant he can adapt to whatever comes his way – just as he has done each season in the past.

“You just try to get better rides each week and every season in Hong Kong seems to get harder, now we have Silvestre, so things will change and Angus, he rides for Tony, so the few I got for Tony might get a little bit shortened but I’m not scared of a challenge.

“I’ve been here for so many years now and I am ready to take on any challenge they throw at me. It’s about adapting, it’s Hong Kong and it will happen and sometimes it doesn’t happen. You just have to be strong and keep fighting, if you can get through that then there is always a reward in front. I’ll try to get the best rides and win on as many horses as I can. That’s it, it’s not always easy,” the 32-year-old said. 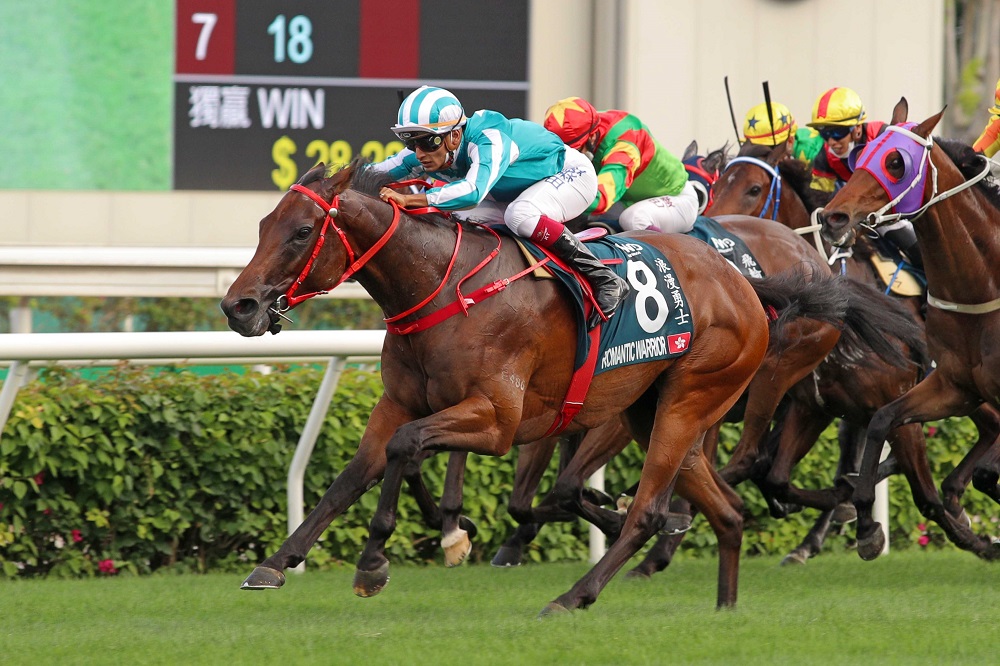 Much of Teetan’s excitement for the new season comes with expectations regarding Romantic Warrior, who since early August, has had an interrupted preparation as he builds towards a possible clash with Golden Sixty in November on his way to a G1 LONGINES Hong Kong Cup (2000m) tilt at the 2022 LONGINES Hong Kong International Races in December.

“I think he is ok, I don’t know exactly what happened but Danny (Shum) said it was just a small twist that happened at trackwork. I know he’s back at trackwork, he’s been trotting a bit.
“I haven’t seen him or sat on him yet but I’m just hoping that everything is fine. He’s taken a little break and he’ll get started soon, he’s one of the horses that I am looking forward to riding this season – I think a lot of people want to see him run too,” Teetan said.

Romantic Warrior is a seven-time winner from eight runs in Hong Kong after being bought by owner Peter Lau for HK$4.8 million at the 2021 Hong Kong International Sale.

“I think he definitely improved a lot last season, I didn’t ride him early on but from the Hong Kong Classic Mile to the QEII Cup, every time I rode him I felt a different horse and he just kept on getting stronger after each run and each win.

“I would think that with a little break and everything that he’s a horse that going towards those races could be very competitive. Of course, we have to respect horses like Golden Sixty over a mile but if this horse comes out and he’s feeling good then you have to respect him a lot too,” Teetan said.

At both Sha Tin’s (Sunday, 11 September) and Happy Valley’s (Wednesday, 14 September) season-opening fixtures there will be Triple Trio and Six Win Bonus’ up for grabs with a colossal HK$88 million spread across the two meetings.