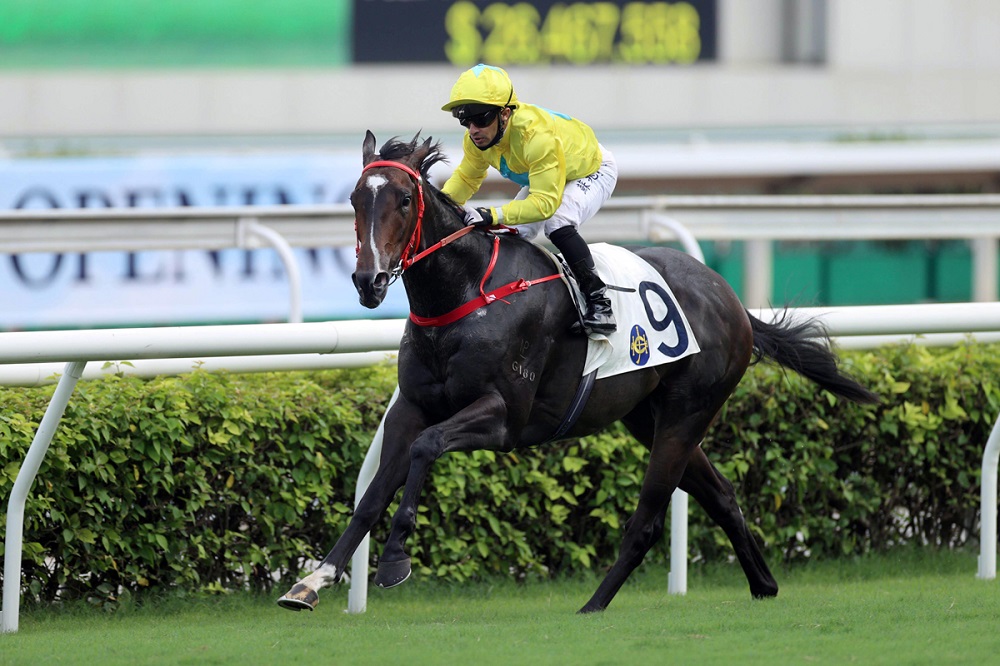 Hong Kong Champion Griffin in 2021/2022 with five wins from seven starts, the New Zealand-bred resumed in superb fashion by trouncing his rivals under 115lb in 1m 1.08.58s, with fellow four-year-old Campione (113lb) three and a quarter lengths away in second, a neck clear of veteran Duke Wai (122lb).

“I’ll be looking towards all the big races. I think (he could be a horse for the Hong Kong International Races), I think he will get in no problem, but whether he could win or not is another question,” Man said, who previously claimed the HKSAR Chief Executive’s Cup with Supreme Win under Zac Purton in 2012.

“He (Lucky Sweynesse) has done better than I expected because he started (on a rating of 52) and now he’s won a Class 1 race. He won easily and made me feel a little bit surprised. I’m very happy, he’s a little bit more mature now.

“He can handle 1200m or 1400m, I need to look at the programme – everyone keeps asking me where I will go next but I need time to study the programme.”

Man immediately ruled out the G3 Celebration Cup Handicap (1400m) on 25 September and the G3 National Day Cup Handicap (1000m) on 1 October for the gelding who had risen to a mark of 98 before Sunday’s triumph.

“Two weeks is too soon and the 1000m may be a little bit short. I need time to talk to the owner,” Man said, expressing his elation at having secured a richly-talented young talent. “All the staff are happy, including myself and my whole family.”

Trapped three-wide in an eventful race, Lucky Sweynesse steamed to the front near the 200m mark, leaving his opposition in his wake, clocking 22.70s for his final 400m.

“It was pretty straight forward but he’s just a big baby. No doubt, he’s an improving horse and he was just a bit awkward and he’s got a lot to learn,” said de Sousa, marking the first time he had competed in Hong Kong since 2019.

Ricky Yiu joined a select band of trainers to saddle 900 or more winners in Hong Kong when Eternal Bloom staved off Stunning Impact to land the Class 4 Ma On Shan Handicap (1400m) under Vincent Ho.

The champion handler in 2019/20, Yiu downplayed the achievement post-race but, having recently received a conditional five-year extension to his licence, is now targeting 1,000 victories. 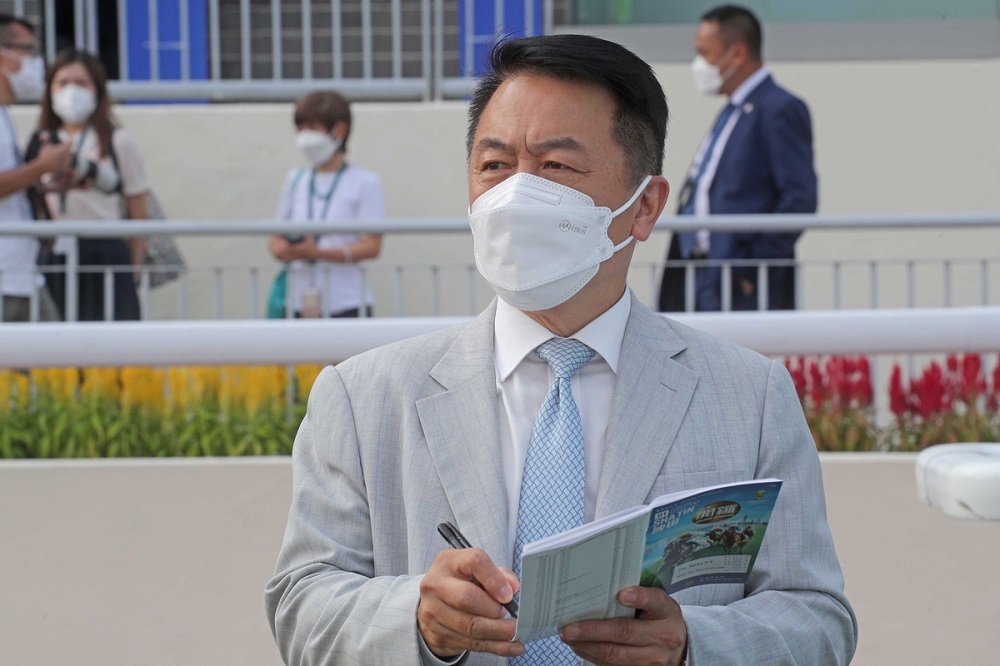 “Before the Club announced I would have five more years, I wouldn’t consider reaching 1,000 (wins), but now I can consider it,” Yiu, 65, said.

“I can now have a chance of getting up to 1,000 winners. I’ll just put my head down and do the best I can, keep the hard work going – 1,000 winners would mean something.

“It (licence extension) was a big relief. I’m running around, doing the best I can.”

Yiu, who has handled a stream of great sprinters including Fairy King Prawn, Sacred Kingdom, Amber Sky and Ultra Fantasy, duly made good on his pledge to bid for four figures when Good Luck Friend powered to victory in the Class 2 Tai Mo Shan Handicap (1400m) under Vagner Borges.

Zac Purton picked up from where he left off last season with a treble. Bidding for a sixth Hong Kong jockeys’ championship, Purton landed the opening two races on the programme before delivering David Hayes’ first winner of the term.

Having closed last season with a title-clinching quartet, unleashed his latest campaign with victory in the Class 5 Mount Parker Handicap (1600m) aboard David Hall-trained This Is Charisma, who drove through a narrow opening to clinch his first win at his 25th attempt.

Danny Shum was thrilled with the performance of Victor The Winner, runaway debut winner of the second section of the Class 4 Yi Tung Shan Handicap (1200m) under Matthew Poon.

“He’s a very impressive horse. He trialled well last season and again this season. I spoke to the owner and said he had to come back to Hong Kong because he was in mainland China. I said ‘The horse is a chance to win, so please come back and take a photo’,” said Shum, who excels in making successful starts to the season.

“I think he’ll handle Class 3 when he gets there, I can’t see him having any problems in Class 3.” Shum continued a rapid start to the new term when Harry Bentley drove Ka Ying Spirit to a slender win in the Class 4 Lin Fa Sham Handicap (1000m).

Karis Teetan quickly joined the fray to give Peter Ho his first winner of the campaign with Amazing Victory in the first section of the Class 4 Yi Tung Shan Handicap (1200m) before the Mauritian closed the day by winning the Class 3 Sunset Peak Handicap (1400m) for Tony Millard.