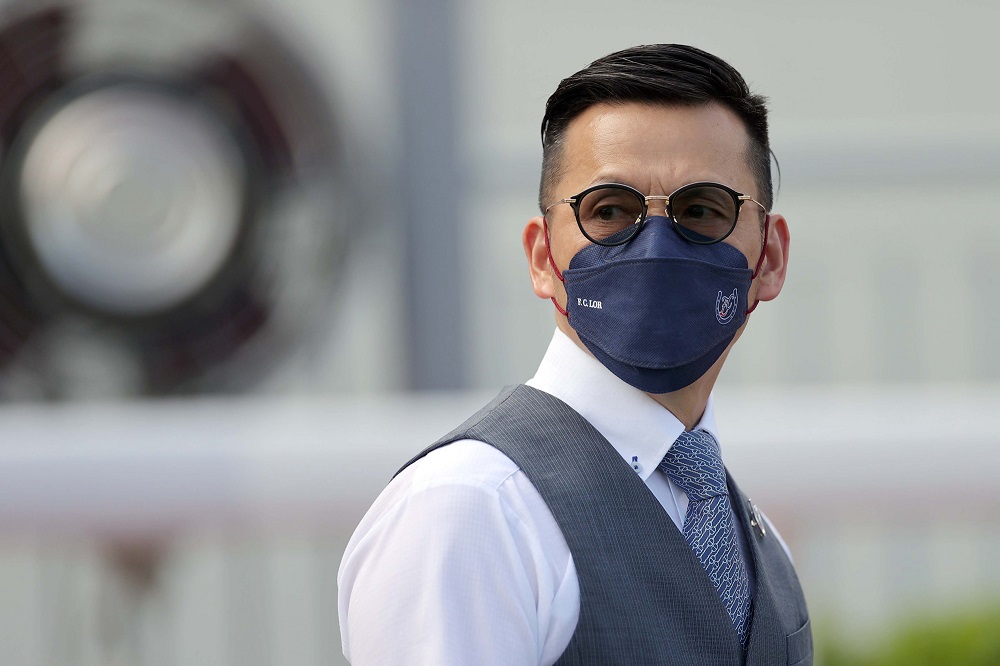 Frankie Lor is hopeful both Money Catcher and Celestial Power are able to capitalise on their featherweight imposts when they line-up in Sunday’s (6 November) HK$3.9 million G3 Sa Sa Ladies’ Purse Handicap (1800m) at Sha Tin.

Still chasing a first Hong Kong win following an exasperating eight top-three finishes from 12 starts, Money Catcher – while displaying his fair share of potential – will step out under Silvestre de Sousa with 114lb assigned as a 96-rater (locally) this weekend.

“I think the light weight might be a little bit better for him because he always carries a big weight (in Hong Kong) – we’ll see. His size is ok (as a horse) but the light weight should be better,” Lor said.

Money Catcher has carried 118lb or below twice in Hong Kong, most recently three runs ago when he finished a short-head behind Turin Redsun at Class 1 level over a mile.

The Ferlax gelding twice placed at Group 2 level prior to import from New Zealand before finishing third in both the 2022 Hong Kong Classic Cup (1800m) and 2022 BMW Hong Kong Derby (2000m).

Matthew Poon will take the ride on Celestial Power once more with the Star Witness 90-rater assigned a lowly 108lb for Sunday’s contest.

“Last time he finished close (third) – that’s why I want to try him this Sunday, some horses are rated 117 and I want to see if there is any difference,” Lor said.

Ahead of declarations on Thursday (3 November) for Sunday’s Sa Sa Ladies’ Purse, Beauty Joy and Ka Ying Star are both expected to lug 135lb at the top of the handicap this weekend, while Senor Toba will carry 127lb with Columbus County, Excellent Proposal and Savvy Nine all handed 123lb. Butterfield (122lb) and Turin Redsun (119lb) also feature.

Lor has Heroic Master engaged at Happy Valley on Wednesday evening (2 November) for his second start after finishing third on debut in Hong Kong last month.

Zac Purton will ride the Not A Single Doubt gelding and the pair will break from gate six against 11 others. Later on the card, Lor will chase back-to-back wins with Adios in the Class 3 High Island Handicap (1200m).

“I think so (to being more positive this time), last time he jumped and stumbled a little bit, so then he sat a little bit further back than I wanted him to but he still won the race. This time he has draw two and we’ll see if he can sit third or fourth with a good jump,” Lor said.

“I think he has a reasonable chance, it’s a very strong field but hopefully he’ll run good – Harry Bentley is on him,” Shum said.

Shum also indicated that he remains pleased with Romantic Warrior’s progress as the seven-time winner builds towards his return at 20 November’s Bank Of China (Hong Kong) Race Day.

“He’s good, he galloped this morning on the turf with Zac (Purton). He keeps improving and I am happy with him but he will be better after one run, I think,” Shum said.

A minor setback delayed Romantic Warrior’s return, however, this morning (Tuesday, 1 November) he looked in fine fettle galloping on the grass alongside Butterfield.