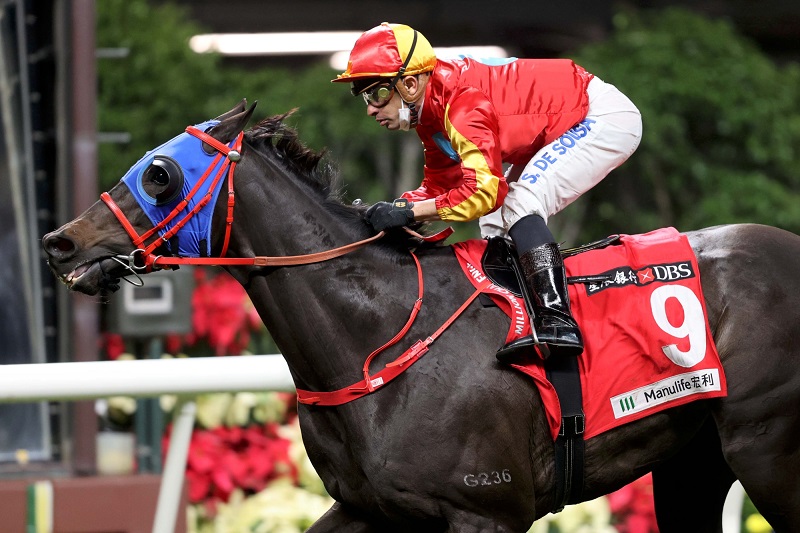 Silvestre de Sousa was in the spotlight last week with a LONGINES International Jockeys’ Championship (IJC) triumph at Happy Valley and tonight (14 December) the Brazilian dazzled again with a treble.

De Sousa’s made a rapid advance this season to hit home 22 wins and this evening he annexed a first treble at the city circuit for the term when Encountered sauntered to victory in the Class 3 Sand Martin Handicap (1650m) for trainer Manfred Man.

“He’s been consistent for a while, he’s in great form and he trialled well. He deserves to get his head in front for the owners,” De Sousa said. “It’s nice before Christmas to get a treble.”

Now a two-time winner in Hong Kong, Encountered travelled sweetly for De Sousa before surging to a two and a quarter length success as the race’s second favourite.

“He likes a strong pace and we couldn’t get there today but it was nice the way he did it,” De Sousa said. 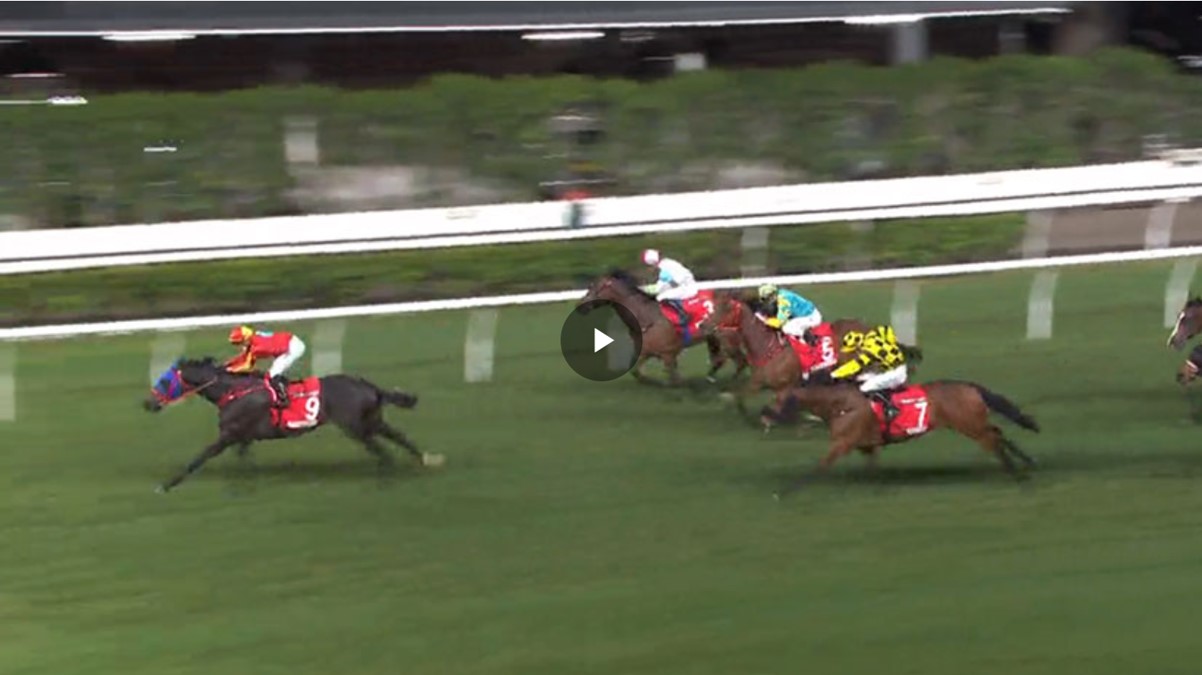 A three-year-old until only next month, Encountered is eligible for this season’s Four-Year-Old Classic Series which commences with the Hong Kong Classic Mile (1600m) – the first of three legs – on 29 January, 2023.

De Sousa kicked off his treble aboard Flash Famous in the Class 5 Mesia Handicap (1650m) for trainer Dennis Yip. An eight-year-old now, the 34-rater boasts six wins for connections in Hong Kong across 57 starts.

“He’s been knocking on the door, I’m just pleased I had another chance on him after riding him at Sha Tin earlier this season. This time there was a bit more pace and he finished strong,” De Sousa said.

The midway point of De Sousa’s three-timer came aboard E Brother – also trained by Man – in the second section of the Class 4 Albatross Handicap (1200m).

Karis Teetan capped a frustrating stint on the sidelines due to illness with a return victory aboard King Eccellente in the Class 4 Hong Kong Golf Club Centenary Cup Handicap (1200m) for trainer Douglas Whyte.

“It’s always nice to get back and get the win. It’s been a long and rough road that I’ve ridden the last three months and it’s just nice to be back with that win. I couldn’t do it without everyone’s support, firstly, I need to thank all of the trainers, owners and everyone who has been helping me through the journey,” Teetan said.

Teetan had five wins from the first three race meetings before missing the following 21 fixtures. The win is King Eccellente’s first in Hong Kong at his sixth appearance.

“I think Douglas (Whyte) had the horse spot on for today, he was pretty confident the horse would run well and he asked me to ride him very positively. I think the horse deserves credit also,” Teetan said.