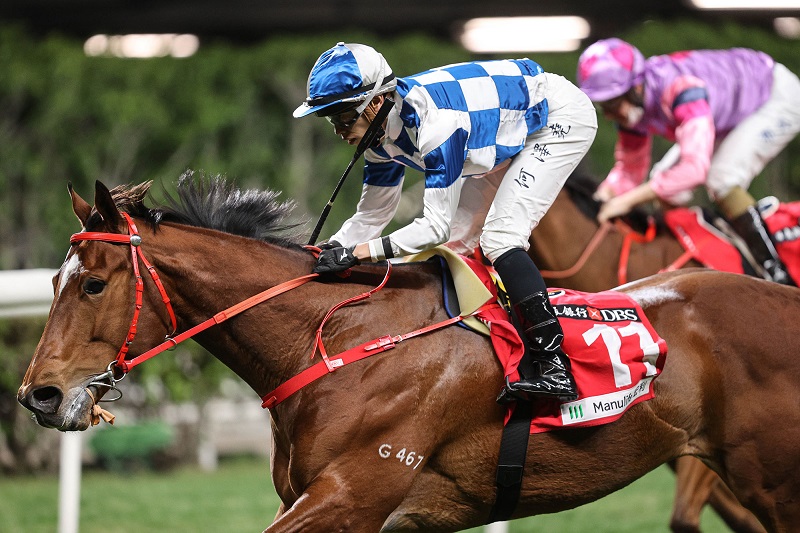 Continuing a meteoric rise, Nordic Dragon has emerged as a potential Four-Year-Old Classic Series contender by maintaining his unbeaten record with impressive victory in the second section of the Class 3 Saturn Handicap (1200m) at Happy Valley on Wednesday night (21 December).

Like his illustrious stablemate Romantic Warrior, Nordic Dragon is a Northern Hemisphere-bred three-year-old bought from the Hong Kong International Sale. A HK$7 million purchase, the Starspangledbanner gelding claimed a HK$1 million ISG Bonus as well as prizemoney of HK$983,250 to take his earnings to over HK$2.5 million with two wins from two starts.

“He’s a really good horse, no doubt,” Shum said. “I plan to run 1400m at Sha Tin next start and then hopefully he can go in the (Hong Kong) Classic Mile on the 29th. The owners are very happy.”

“Nice horse, still a big baby but he’s got good quality,” Ho said after stalking pace-setters Smokey Bear and Super Fortune. “When he got cover behind them, he just relaxed nicely and when I picked him up, he responded.

“He’s got the speed and he relaxes well, so as long he relaxes at 1400m or the mile, he should still have a good turn of foot. He’s still growing, mentally and physically, so let’s see.” 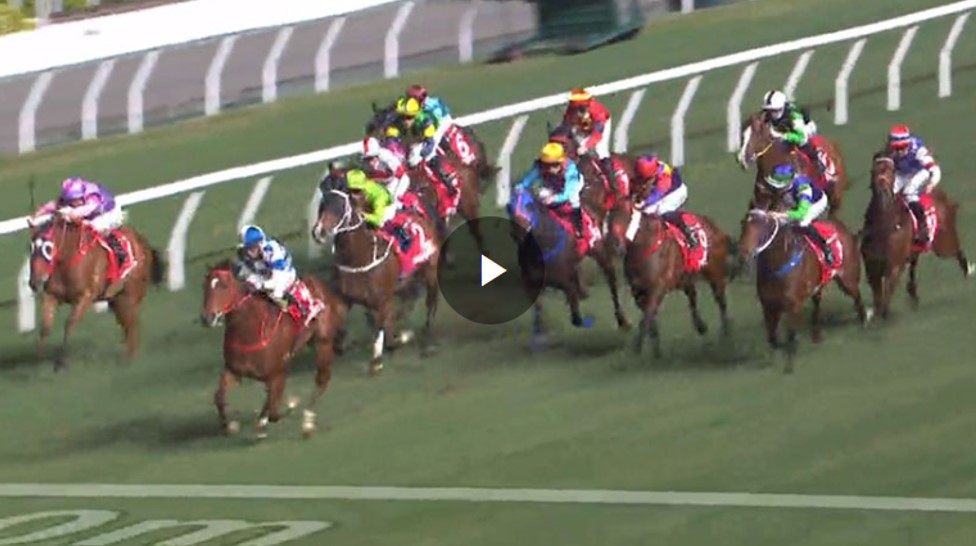 Ho shared riding honours on the card with Zac Purton, whose own treble left the reigning champion jockey with 67 wins for the season – and just two shy of 1,500 Hong Kong wins, a tally reached previously by only 13-time Hong Kong champion jockey Douglas Whyte (1,813).

A five-time Hong Kong champion, Purton prevailed on Faribault, Flying On The Turf and Howdeepisyourlove, emphatic winner of the first section of the Class 4 Mars Handicap (1200m).

“He’s still learning (Howdeepisyourlove), he’s still a little bit slow to get into stride out of the gate. He could switch on a little bit better there but it was pretty straight-forward tonight,” the Australian said.

“We were able to follow a horse (United We Stand) which we knew would set a nice tempo and he tried to stretch the field, so I just had to keep him interested and once we got into the straight, he got a bit more confidence again and he was pretty soft on the line. It was a nice effort.”

Purton has slotted 13 wins at the past four meetings to lead Ho (28) by 39 victories after 29 meetings.

“He’s progressing well. He was just a bit unlucky last time, he need take a wider lane and finished off second and this time we got Zac on him and he judged the pace really well and that’s why we got the result,” Ng said. 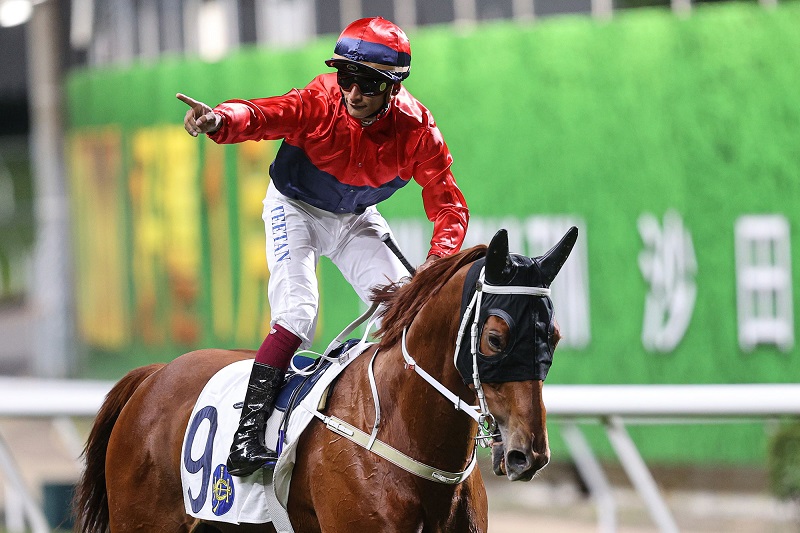 Karis Teetan posted his first double since recovering from a health issue with an enterprising ride on Ricky Yiu-trained Natural Storm to land the Class 3 Venus Handicap (2200m) before driving Tony Cruz’s Viva Popcorn to victory in the Class 4 Jupiter Handicap (1650m).

“He’s been running very well and he trialled really well last week and, off that trial, I had some confidence tonight to put him in the race and make a move early,” the Mauritian said of Natural Storm.

“There’s only room for improvement, to be honest. I’m not 100 percent but I’m working every day, trying to get fit. Riding every day will get me to my racing fitness but things are looking good again and it’s a blessing to be riding – and riding winners again.”

Four seasons and 23 starts into his Hong Kong career, Flying On The Turf justified his owners’ faith with victory in the first section of the Class 5 Mercury Handicap (1200m) for Jamie Richards and Purton.

“He’s sort of raced consistently, probably came in quite high (74 in the ratings), being a PP,” Richards said of the seven-year-old. “He needed a bit of time to get down (to 36 in the ratings) but he might get a bit of confidence out of that – we’ll see how we get on. He was given a lovely ride. Perfect.”

Antoine Hamelin celebrated the arrival of his son last week with partner Marion with victory on Tony Cruz-trained Yo Beauty in the first section of the Class 3 Saturn Handicap (1200m).

“It’s great to get a win,” the Frenchman said. “We won it at the start and the horse did a good job.

“It’s an exciting time, so I am very happy.”