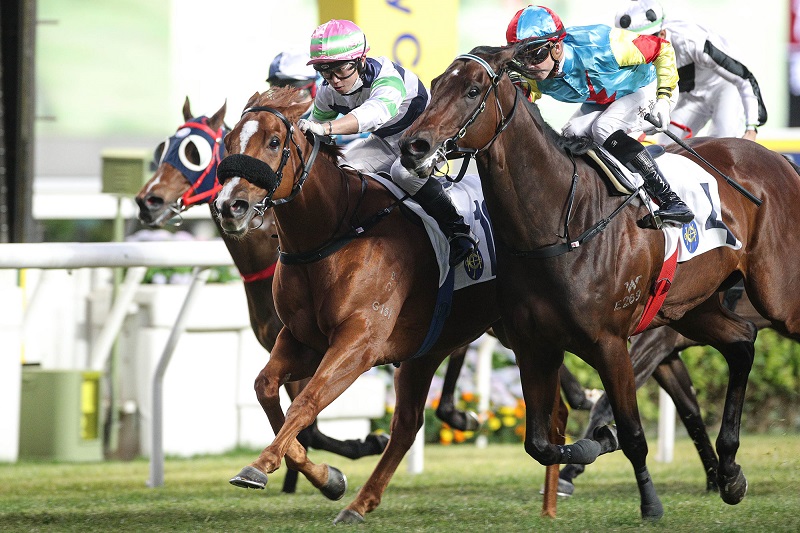 Packing Treadmill (inside) gives Dylan Mo his first win of the season.

Packing Treadmill and Flagship Warrior are bound for a Hong Kong Classic Mile (1600m) clash next month after the pair’s impressive victories at Sha Tin on Saturday (24 December) as Zac Purton became only the second jockey to post 1,500 wins in Hong Kong.

“I think the draw (barrier one) helped and horse has got a very good fighting heart. He will go straight to the (Hong Kong Classic) Mile because there aren’t any other races for him,” Lui said. “I think he just keeps improving. When he first came to me, even after the barrier trials and the first time he runs, I can see that he’s such a good horse.” 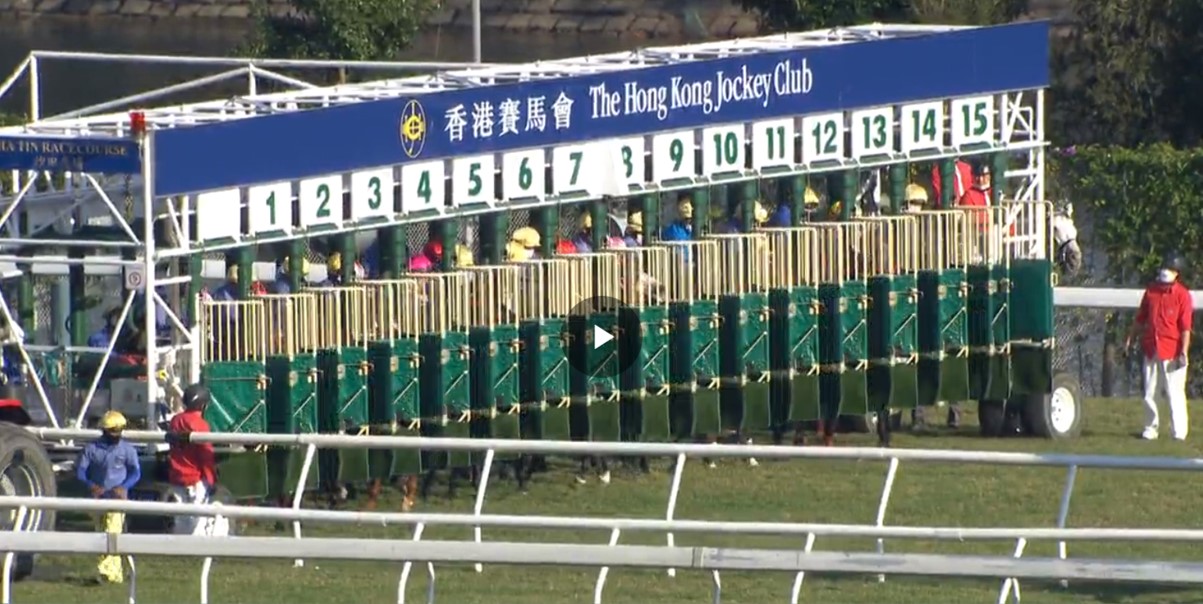 “They have to be special to do that first-up in Hong Kong, from barrier 14, coming from last with top weight to run a fast last sectional,” Hayes said. “He will probably go straight to the Hong Kong Classic Mile.”

Teetan, who snared a double, said: “David was very bullish about the horse. He’s got lots of ability. He’s a lovely horse. Today, not many horses would have done what’s done, so he’s got a bright future.”

Winner of the G3 Port Adelaide Guineas (1800m) at Morphettville in April when known as Harleymoven, Flagship Warrior clocked 22.43s over the final 400m to secure a HK$1 million PP Bonus.
Teetan earlier combined with Frankie Lor to guide Super Highway to his maiden success with victory in the Class 4 Erica Handicap (1200m).

“It’s good to get to the milestone, of course, it’s a big number. It’s not easy to ride any winner here in Hong Kong. I’ve been very lucky. I appreciate all the support I’ve had from the owners and trainers,” Purton, 39, said. 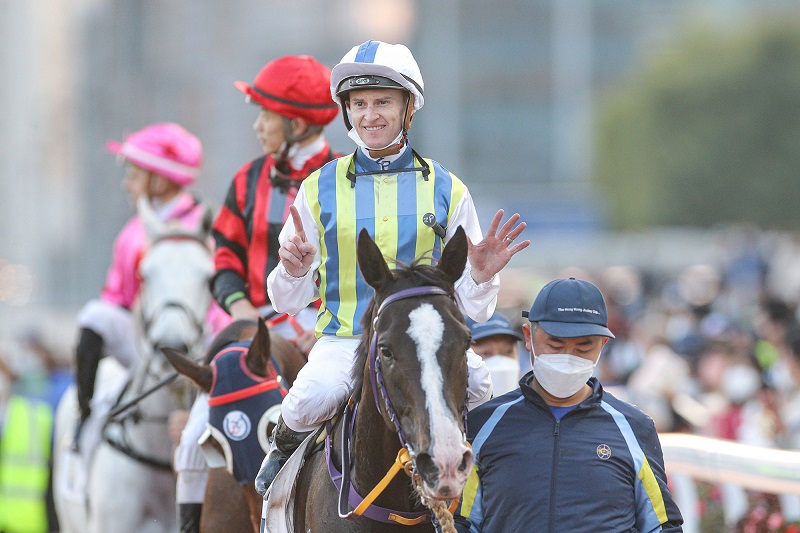 “Without them giving me the opportunity, I certainly wouldn’t be able to get to where I am, but hopefully this is just another number on the way towards a bigger number towards the end of the season.”

By Almanzor, the three-year-old impressed Yung with his application.

“I think there’s a large future for him,” Yung said. “I think he’ll go further in time. He’s still not concentrating. He’s got a lot to learn, but today was a very good experience for him.”

Bowman was equally impressed: “He gave me a good feel, he was very straight-forward. He probably lacked a bit of confidence and a bit of physical strength, so there’s still good improvement with him. He’s certainly got an engine.”

Bowman quickly snared a double when drove Compassion Spirit into the clear late to clinch the Class 4 Hibiscus Handicap (1400m) for Manfred Man but he was sidelined after an accident which led to the Class 4 Holly Handicap (1650m, dirt) being declared void because of safety concerns.

Whyte jubilated in the transformation of Boys Party after the gelding broke through for his first win in the Class 5 Cedar Handicap (1600m) under Harry Bentley.

“Sometimes I get more satisfaction out of a Class 5 horses than a Class 1 or a Group race because it’s these horses who are limited in ability,” Whyte, the 13-time Hong Kong champion jockey, said. “It’s well exposed I’m the only person who gallops him. When he came to my stable, he was very keen and he did things upside down. He’s now one of the best horses that I enjoy riding. He’s really a transformed horse.

“He’s been a good doer since he joined my stable – he doesn’t leave an ounce of feed.”
Bentley sealed a brace when Caspar Fownes-trained Bright Kid proved too strong in the Class 4 Ivy Handicap (2000m).

“It’s a nice Christmas present, that’s for sure,” the Englishman said. “Obviously, I had a slow, few weeks and it’s been a frustrating so it’s really good to get a couple of wins on the board.”