Gold Gold Baby’s out to light up Happy Valley again 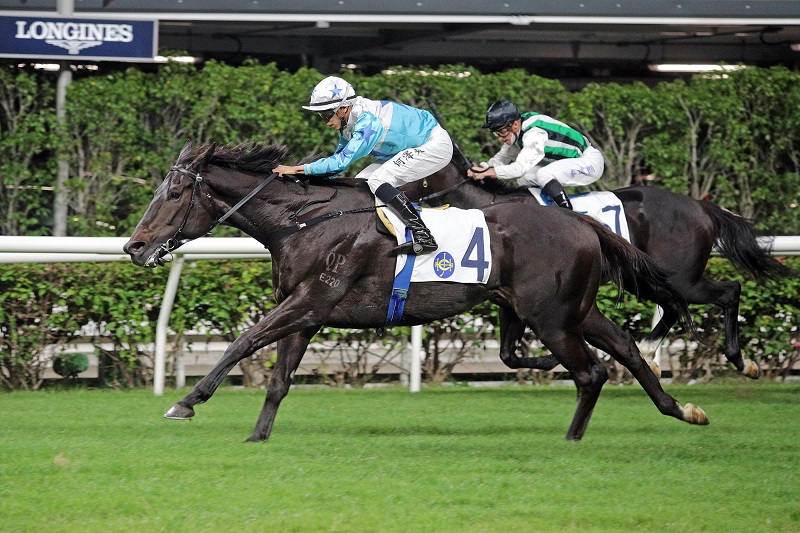 Gold Gold Baby will aim to maintain a sparkling rise this season when he lines up in Wednesday’s (4 January) red-hot Class 3 Hip Wo Handicap (1200m) at Happy Valley.

Trained by Francis Lui and paired each time this season with Vincent Ho, the five-year-old – who had corrective throat surgery twice in 2021 – has three wins from four starts this term and once again steps up in grade after victories in Class 4 and Class 5.

“His improvement surprised us, for sure, first time in Class 3 with a lighter weight might help, so hopefully he can produce his turn of foot again,” Ho said.

After kicking off this term rated 38 before showing very little early doors in Hong Kong, the Warrior’s Reward gelding is finally reaping the returns of patient connections to now sit on a career-high mark of 63.

“I think everything, the vets have done a really good job, he used to have breathing problems but now he’s pretty clean and consistent,” Ho said. 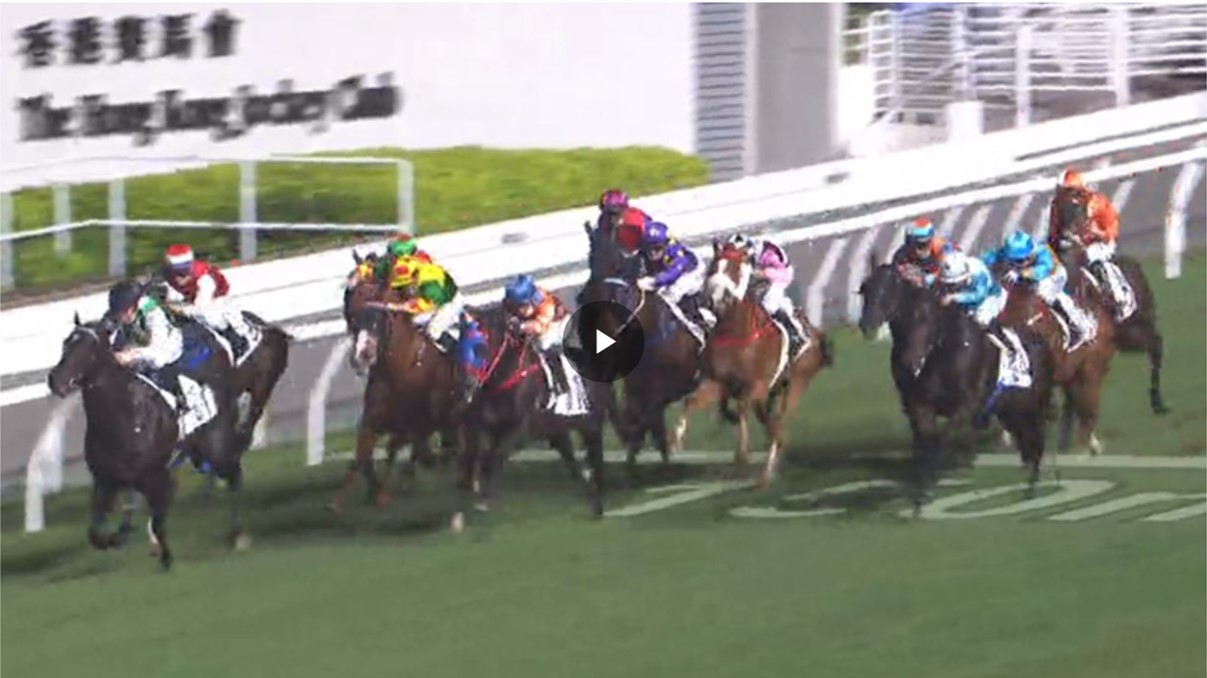 Gold Gold Baby (118lb) has built a reputation for barnstorming finishes with his sparkling turn of foot regularly on show, surging from impossible positions in the straight.

“I think he enjoys that (racing at the rear), he doesn’t like to be hassled early on, basically where he is comfortable is fine and he doesn’t have to be too far back,” Ho said. “He doesn’t like to be pushed early, he will build up himself at the corner and have a good turn of foot when he balances up.”

Lui boasts 22 wins this term and shares Ho’s sentiment around the Australian-bred’s racing pattern: “We know how to manage him and run him, you can’t chase him to get a good position, just jump, settle and wait.”

In the same contest, Frankie Lor has Heroic Master (129lb) engaged in a bid to recapture his winning groove after finishing a brave third last time out from a difficult barrier.

“The good draw will make it easier for the jockey, I sent him for a trial at Happy Valley and I was happy,” Lor said.

Karis Teetan’s back in business after his lengthy stint on the sidelines and the Mauritian ace will seek back-to-back wins with King Eccellente in the second section of the Class 4 Mut Wah Handicap (1200m).

Teetan’s already partnered eight wins since returning last month and now has 13 successes overall this term. King Eccellente will step away from gate nine against 11 others tomorrow night.

“I think the horse is improving and he’s on the way up, so I think he’s going to get better,” Teetan said. “I thought his last win was a good win, Douglas (Whyte) was very positive with the horse going into the race. We had a good draw, he said ‘Put the horse in the race and he should be able to give you something in the straight’ and he did, he won with a bit of merit.” 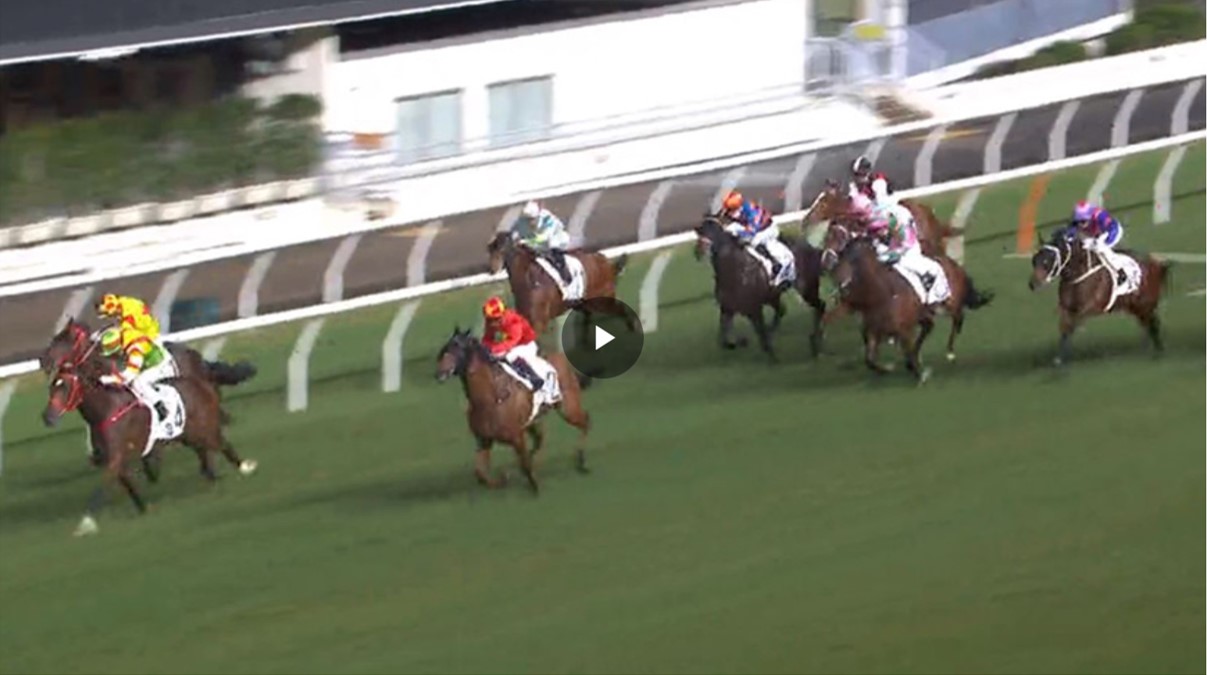 Faribault had bone chips removed in April of last year and the Zoustar gelding will also seek back-to-back wins in the Class 4 Hung To Handicap (1000m) tomorrow night for trainer Pierre Ng.

“He’s been pretty consistent after the break and after his surgery as well, he’s just performing better and better and I was quite surprised when he hit the front and he kept continuing on because usually he chases from off the pace, so I was quite happy with his last start and I’m looking forward to this performance,” Ng said.

Faribault was previously trained by Paul O’Sullivan before the New Zealander’s departure. The five-year-old has worn blinkers for the past three starts, earning a fourth, second and one win – all at the Valley.

“He used to run at 1200 metres and when I dropped him back to 1000 metres, I just think he needs the blinkers to keep his pace on and it’s really helped him,” Ng said. “At this moment he has shown me that his best is over 1000 metres but later on we’ll try something else.”

In the midst of a stellar first term with 19 wins, Ng admits he is still looking for more as the season’s halfway point nears.

“I am always looking for a higher performance to be honest, I am trying to meet my standard but I haven’t reached it yet, so I have to keep fighting,” Ng said.

One race prior, Vincent Ho and Francis Lui also team with the consistent Yellowfin in the first section of the Class 4 Mut Wah Handicap (1200m).

“He always finishes a bit one-paced, I saved a little bit (of energy) last start and he finished a little bit closer but to be honest, I feel this horse can run further but not now, he’s still a bit too keen at the moment for further,” Ho said.

“He worked beautifully, he has done that lately, he travelled very relaxed and he wasn’t pulling like before, so let’s see what we can do,” Ho said.

Ho claimed the mantle as the leading active homegrown jockey from an injured Matthew Chadwick on Sunday afternoon (1 January) at Sha Tin with a four-timer.

“It’s unfortunate for Matthew (Chadwick) that he’s injured but definitely, it’s a good achievement, I never keep records but I can’t take things for granted, especially to ride four wins in a day – that’s very hard in Hong Kong and with some luck you can do it,” Ho said.