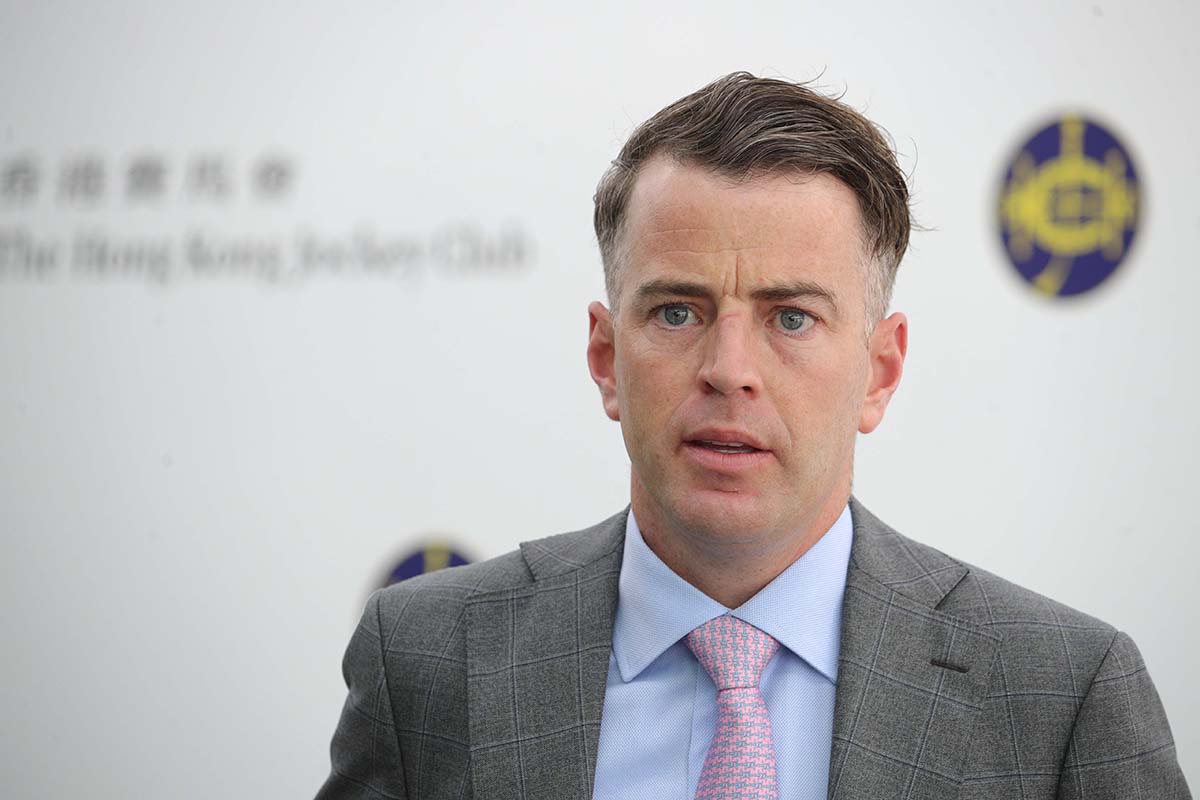 Jamie Richards has 10 wins this season.

Jamie Richards has three wins from the last three race meetings and this Wednesday (18 January) at Happy Valley the newcomer among Hong Kong’s training ranks is looking to kick on with his stable’s recent run of form.

“It’s good to get a bit of momentum up and regular winners, we were kicking stones for a little bit at the beginning of the season but horses are starting to find their form and admittedly, as I have said before, it’s taken a while to understand how it works here, you have to adapt,” Richards said.

Prior to arriving in Hong Kong, Richards shot the lights out with over 50 Group 1 wins in New Zealand and Australia thanks to the likes of Probabeel, Xtravagant, Melody Belle and Gingernuts. He was also crowned New Zealand Champion Trainer four times, firstly in 2015/16 with Steven Autridge, before prevailing in 2019/20, 2020/21 and 2021/22 as the stand-alone trainer of the all-powerful Te Akau Racing.

“We have some new horses coming out and a few others are starting to find form, so long may it continue,” Richards said.

Richards took a patient approach to the start of this season but now has seven wins across December and January, including one with Rattan Kingdom who chases a hat-trick in the second section of the Class 4 Club Handicap (1200m) with Zac Purton engaged.

“It doesn’t get any easier for him, he has to carry a bit more weight but he seems to be in good form at home, ticking over nicely, he’s just been doing maintenance work and thankfully he’s drawn a good gate, so he has a few things in his favour,” Richards said.

Rattan Kingdom has been assigned a hefty 134lb tomorrow night at Happy Valley.

“The horse is in good form – I like when horses are winning, I think that they gain a bit of confidence mentally and he seems to be happy and healthy, so hopefully he can carry on, he’ll run well but whether he’s good enough to carry the weight and win again remains to be seen,” Richards said.

The five-year-old sits on a career-high mark of 59 and is on the cusp of rising to Class 3.

“I think we just tick him over quietly, he’s not a horse that carries an awful lot of condition, he’s fairly athletic so I’d say he’s where he needs to be and Zac’s sticking with him, so that’s another positive,” Richards said.

Richards also has Fortune Master, Vukan and Flying On The Turf entered at Happy Valley.

“I thought he was a bit disappointing first-up to be honest, I expected a little bit more but he hadn’t raced for a small period of time and he had the surgery to his knee in the offseason but the thing that worries me is that he’s trialled again since then and he didn’t finish the trial off, so whether he’s not comfortable at the moment, or not fit, or he’s not in the form that he was, we’re going to find out,” Purton said.

Gorgeous Vitality finished third upon resumption last month over this course and distance, while the impressive California Deeply chases a third consecutive win in the same race under Luke Ferraris for Tony Cruz.

Wednesday’s (18 January) eight-race fixture at Happy Valley kicks off at 7.15pm with the first section of the Class 5 Murray Handicap (1650m).